By: admin
With: 2 Comments 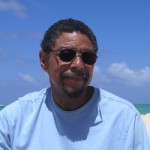 For almost 40 years, I have created, developed and administered employment and training programs for low income people across the United States.  A former cab driver, Xerox technician and electronics instructor, I started the “New Jobs for Women Electronics Program” in Philadelphia Pa., in 1977, to train single parent mothers. In 1980, as the Training and Employment Coordinator for the City of Davenport lowa, I developed training and employment programs for displaced factory workers, migrant farmers and ex-offenders.

Moving to the Bay Area in California in 1982, I developed an electronics training program in Hayward for “Advocates for Women”. In 1983 at Catholic Charities in Oakland I developed and coordinated the “Refugee Employment Program” and the “Seniors Employment Program”.   Since 1988 I have been the Employment Coordinator and Program Director at BOSS, in Berkeley California, developing employment and training opportunities for homeless persons in Alameda County.

Serving on various boards and collaborations has given me numerous opportunities to be involved with grass roots, community, local, state and national issues and projects.  The difficulty in working with so many different interests lies in not being categorized as one dimensional; being able to interact with various elements of the community, and not being identified as being solely aligned to any one camp, while still stating my purpose.

Being involved with business, environmental issues, housing, welfare reform, transportation, poverty, childcare, local politicians, community leaders, and the criminal justice system has enabled me to work with a diversity of opinions, cultures and occasional critics while maintaining peoples respect.  In 40 years of service to the community I think I have earned respect by being honest, actually having an opinion and not condemning others opinion.  In other words I am willing to eat tofu on one side of the street, fried chicken on the other side of the street and walk down the middle at night, on weekends and on anybody’s turf!